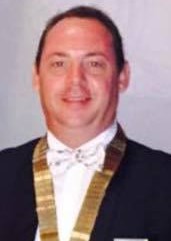 The Year is drawing to a close and while some of us are still stuck at work, trying to make sure that the Tourists in our area have something to eat, most of you will be looking forward to some well-deserved rest and time with your friends and family.

The last three months, since we took office, has been busy. We have been trying to finalize and correlate all the member information through the forms that was send out by Vice-President, Nico McNamara, whilst Past President Andre de Villiers together with our Treasurer, Raymond Kruger, have been sorting out the last of the outstanding fees making sure everyone has been billed correctly and that the books are up to date. I look forward to sending out the 1st Quarter report early in the New Year with updated information on membership and the exact numbers. Those that attended the AGM might recall I stated in my opening address the importance of making sure the detail is correct, if we can measure it, we can’t manage it.

We are very proud of the work that DC Herman ‘Doi’ Geldenhuys and the Coalfields 41’ers have been doing assisting the resurrection of Round Table Middelburg 126. This again culminates the ideals of Club 41, our sole purpose for existing, to make sure that we support Round Table in all her shapes and forms. We have seen some photo’s on Social media of the boys getting stuck in with Fundraising and creating some awareness for Round Table in the area, which is great to see.

The end of October, Past President & IRO, Mr Peter Harding and Vice President, Nico McNamara represented Club 41 SA at the World Half Year Meeting of 41’er Clubs, held in Malta. From the report back it seems that they had a great time and very productive meetings. The biggest issue on the Agenda was if France should be allowed back into Club 41 International, that was discussed at length and all Associations were asked to complete and submit a Questionnaire, after discussion with their members and a conclusion was reached. Natalie and I will be attending the AGM in Verona Italy during June of 2020 where I’m sure this will be put to a vote.

The Executive will be joining the RTSA Executive in early February for our 2nd Exec Meeting over the weekend of 7-9 February in Kenton-on-Sea, hosted by current RTSA President, Mr Alan Malan. We look forward to meaningful discussion and again signing the Memorandum of Understanding between Club 41 SA and Round Table. This will be followed by a little “Road Trip” and a visit to meet the 41’er in the Southern and Eastern Cape Region. We have been in discussion with them for over a Year now to start their own Club in PE, which we feel would be a great benefit to again support Round Table in that area.

It’s also been a Year where we had to say goodbye to many friends, family, fathers and fellow Tablers. Legends like Angus Flockhart from Burg 167, Matie Annandale from Bellville 65 and many more. Internationally, one that will certainly leave a big whole is a gentleman like Roy Kroos, which also passed during October. Again it reminds us that our time here is limited and we must make every moment count.

The Executive and I thank each and every member for the hard work over this last Year, it does not go un-noticed and we hope to see all of you back in 2020 for more. We’ll be doing some traveling again in the New Year and hopefully get to see more of our members so we can personally thank them for their support in all they do.

With that, I greet you, may you have a prosperous, healthy and Merry Christmas and may 2020 be a Year filled with blessings to you and your families.